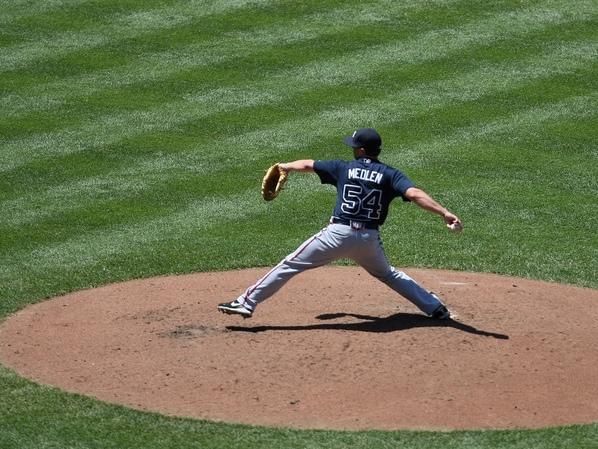 The Atlanta Braves won for a major league record 23rd straight time in games started by Kris Medlen, beating the New York Mets 6-2 on Sunday in the regular-season home finale for Chipper Jones.

Medlen (10-1) gave up one unearned run and three hits in six innings, adding to his momentum heading into the postseason. The Braves have already clinched an NL wild-card spot and are on track to host the one-game playoff, which Medlen would start.

According to STATS LLC research going back to 1921, only two other teams won 22 straight starts by a pitcher: the New York Giants with Carl Hubbell (1936-37) and the Yankees with Whitey Ford (1950-53). Ford's streak was interrupted by military service.

The Braves began the day four games behind Washington in the NL East.