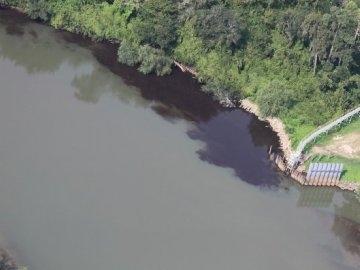 Since 2008 the state’s Environmental Protection Division has lost 250 positions and seen its budget cut by 40 percent. Environmentalists say that is hurting water quality in Georgia.

Deborah Sheppard, executive director of the Altamaha Riverkeeper, says the EPD doesn’t have the resources to keep up with waste water permits. She says Rayonier’s wood processing plant in Jessup has been discharging into the Altamaha without a review of its permit.

“It’s supposed to be renewed every five years and it’s gone an extra five years without having the permit evaluated for its impact on the river.”she says.

The EPD’s Jim Ussery says although budget cuts have led to a consolidation of services … they are reviewing the Rayonier permit. He says they continue to test the river and the discharge is not harmful .

“We certainly have not compromised any of our responses to programs, our enforcement or our permitting programs.”he says.“We’ve consolidated more functions. And certainly budget cuts have ramifications. But I still feel we are fully capable of carrying out our duty and our mission.”

Sheppard says kayakers keep reporting problems because they think the discharge from the plant is the result of an industrial accident.

She says the cuts at EPD have already had an impact on the Ogeechee River where discharge from the King America plant led to the May 2011 death of 38 thousand fish.

“Then the waters of the state have the potential to be contaminated as they were in the Ogeechee and it can result in a catastrophic fish kill like it did there.” she says.

Ussery says they still have a rapid strike team which notifies communities when there is a problem upstream. And they work with those communities to test the water and get it back online.