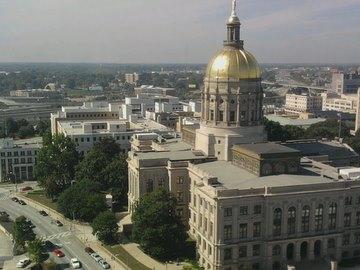 Secretary of State Brian Kemp has ruled that two candidates for Georgia's General Assembly are ineligible for the ballot.

Kemp's office announced Monday that Anne Taylor, a Democrat from Mableton, does not meet the residency requirement to run for the District 39 seat in the House of Representatives. That means Rep. Alisha Thomas Morgan will be unopposed in the July 31 primary election.

Kemp also decided that Richie Smith, a Democrat from Lake, is ineligible to run for the District 151 seat in the House. Smith failed to appear at a legal hearing after he was accused of owing taxes.

Taylor and Smith can appeal Kemp's decision. Since the ballots are already printed, election officials will post notices explaining that votes for Taylor and Richie will not count.