Public Shut Out Of Georgia Courts 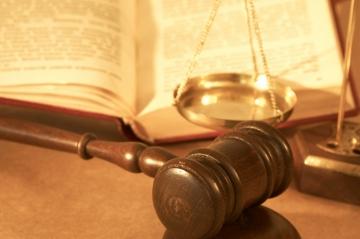 Judges across Georgia are closing courtrooms to the public, citing reasons like lack of space and security concerns. But it’s against the law to do so and now some judges are getting slapped with lawsuits of their own.

But since then, courtroom closures have been challenged in DeKalb, Fulton, Cobb and Town Counties. Last month, Stephen Bright, with the Southern Center for Human Rights in Atlanta, filed suit against the Cordele Judicial Circuit’s three Superior Court judges and the sheriffs of Ben Hill and Crisp Counties in US District Court. He says they broke the law by barring the public from criminal proceedings:

Some judges have cited space and security concerns as reasons to close their courtrooms. The Attorney General’s office, representing the Cordele judges, had no comment.