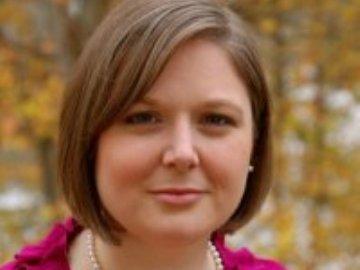 POLITICAL EXPERIENCE: President of the Society of Politics and Law. Served as officer for the Wilkinson County Republican Party, serving alternately as Chairman, Vice-Chairman and Secretary. Has served as either a delegate or alternate to nearly all District Republican Conventions in her district and the State Republican Conventions. Ran in 2010 for Insurance Commissioner in a race with 8 other candidates, lost in the run-off, but won the majority of the 12th District counties in both the primary and run-off.

PERSONAL: In public appearances, Sheffield talks frequently about her upbringing. When she was five years old, her father was forced to retire from the military due to serious medical issues. Her mother was killed by a hit and run drunk driver when Maria was 15 years old. She took care of her father who died 10 years later from brain cancer. Maria cared for her only surviving grandparent, her maternal grandmother, who had dementia for the last 9 years of her life. She is married to Scott Sheffield.

HOW SHES DISTINGUISHES HERSELF: Sheffield stresses her early start in politics. She joined grassroots movements when she was young.

QUOTE: "I am a big proponent of tax reform and I think that we need revolutionary changes to our tax code. I do not think that simply tweaking our tax code is going to get us to where we need to be. And when you look at Medicare and Social Security we know it was a system set up so many years ago and it hasn't been able to keep up with the realities of the situation we face today."