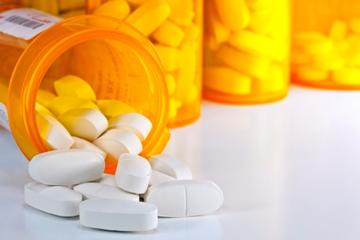 Drug shortages are reaching critical levels at hospitals in Georgia and across the nation. Georgia’s emergency medical providers recently sent a letter to the state’s public health commissioner warning that drug shortages are endangering patients.

At a recent conference at Emory University in Atlanta doctors and lawyers grappled with how to solve the problem.

Drug shortages have gone on for decades. But it has now reached the level of a public health emergency, according to Dr. Joel Zivot, a medical director at Emory University Hospital Midtown in Atlanta.

“The class of medications that are in short supply are fundamental and essential to the practice of modern medicine. If we don’t have these medications, medicine would look completely different,” said Zivot.

Many of the drugs in short supply are used for anesthesia, chemotherapy and for the treatment of seizures. Dr. Jacalyn Duffin, a hematologist at Queens University in Kingston, Canada, said a woman suffering from chronic kidney failure needed a generic antibiotic called Septra. Due to a shortage in her province, the woman had to take another drug, and suffered major side effects.

“She lost her hearing. She also lost her balance and she can no longer walk or work. That’s permanent and unnecessary, completely unnecessary because of the shortage of an old pill that did not have that side effect,” Duffin said.

Linda Tyler, a pharmacist at the University of Utah Hospitals, said drug shortages are happening in Georgia and every other state.

“This happens every day. So most hospitals right now are working with anywhere from 200 to 400 shortages that they’re juggling on a daily basis,” said Tyler.

The shortages are due to a number of factors. There may be a shortage of the raw materials used to make the drugs. The production process may be halted due to contamination.

But business decisions also play a role. Some pharmaceutical companies drop production of generic drugs because the profit margin is low.

Weighing the right of free enterprise with public health needs is the challenge for lawmakers.

There is discussion at the federal level of giving pharmaceutical companies tax credits. But a long-term policy solution may still be a long way off.

In the meantime, middlemen are stockpiling high demand drugs to force up prices, according to Sharona Hoffman, co-director of the Law Medicine Center at Case Western Reserve in Cleveland.

“Sometimes at hundreds of times more than it actually costs, especially if it’s a generic drug that’s inexpensive. That is not illegal,” said Hoffman.

Even at the conference, participants didn’t agree on the best way to deal with the complicated problem.

One proposal would require drug manufacturers to have redundancy in their production lines, in case one plant has a problem with contamination.

Another would allow the FDA to consider a manufacturer’s history as regulators consider whether to approve new drugs to the marketplace.