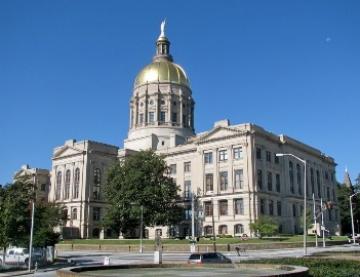 Christopher Brady was not registered as a lobbyist when he took Speaker Ralston and his family to Europe in 2010. He billed the 17,000 dollar trip as a fact finding mission on mag-level trains.

Brady’s attorney, Stefan Passantino, says his client will accept a fine for not registering his activities:

“He’s never been trying to get away with anything, he’s been trying to disclose, and if this is an easy way to move on, it’s not worth it to him to engage in this fight, when for $300, he can move on to other things.”

But Passantino told the commission that the 2010 law did not qualify the trip as lobbying. That’s because Georgia statute defines lobbying as an attempt to influence a lawmaker on specific legislation. Passantino said there was no bill about mag-level trains at that time.

William Perry, Executive Director of Common Cause Georgia filed the complaint against Brady. He calls the decision a slap on the wrist:

“We’re the worst state in the nation in terms of our ethics laws. And it’s because the ethics commission can’t determine if a lobbyist is a lobbyist -- when clearly, paying for a 17K trip to Europe for the Speaker of the House is lobbying.”

Voters will answer a question about lobbyist gift caps on Republican and Democratic primary ballots in July.