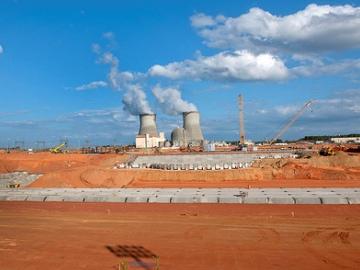 Whether Southern Company goes over or stays under an estimated $6 billion cost estimate directly affects anyone paying a bill to Georgia Power, the state's largest electric utility.

Customers will bear the cost of overages at Plant Vogtle near Augusta.

"I don't understand why it is that we're continuing to go forward with this project when there's no reasonable expectation that it'll stay within budget," Kaiser said.

But a utility industry consultant working for the PSC testified, the project still has room to exceed its budget and still be an economic value to customers.

"It still has room to exceed the budget and still be economic," said the consultant, Philip Hayet. "That's what this analysis tells you."

The once-secret number was revealed at the hearing when Georgia Power representatives consented to release it.

The public documents concerning the reactors' costs were heavily redacted for "trade secrets."

A Southern Company spokesman says the company is continuing discussions with its contractors over the current project schedule and costs.