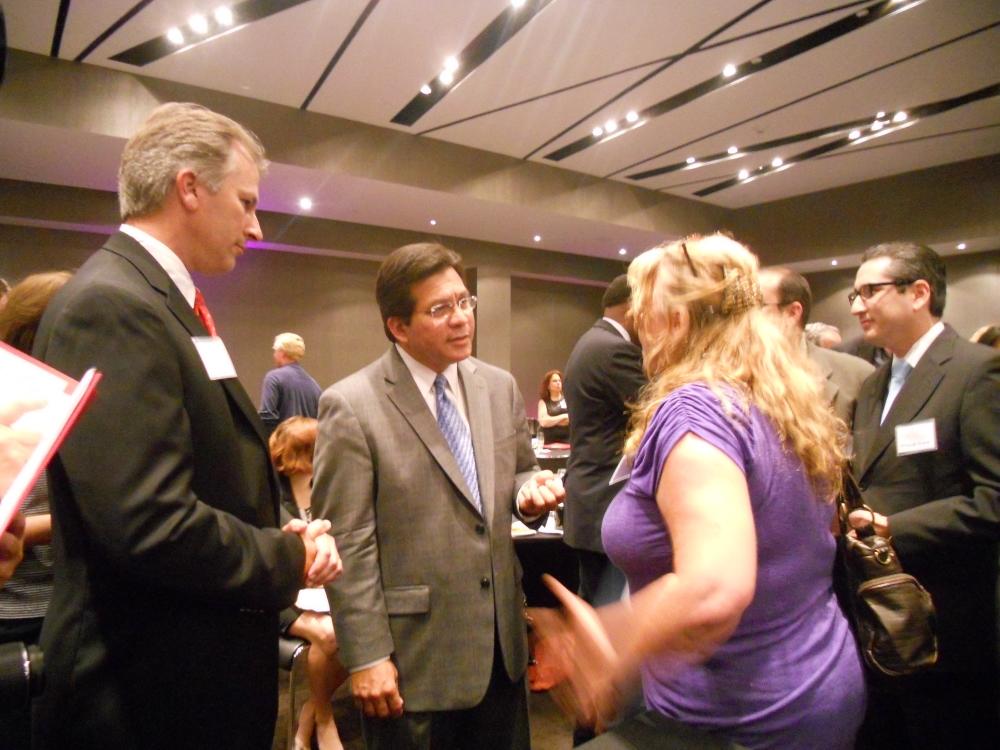 Political power in the U.S. hinges, in part, on immigration reform and other issues important to Hispanic voters. That’s according to former U.S. Attorney General Alberto Gonzalez who spoke at an immigration conference Monday in Atlanta.

At an event called “Forging A New Consensus On Immigrants and America,” he said state immigration laws aren’t the solution.

He says instead, the U.S. needs complete immigration reform, and the party that sponsors such legislation will win the estimated 12 million Hispanic votes.

“This Republican party – and not to make this partisan – has done a terrible job talking about this issue in a way that’s very anti-Hispanic, and anti-immigrant, and I think that’s very, very unfortunate," he said. "And whether or not Gov. Romney can recover from that remains to be seen.”

But Gonzalez didn't spare President Obama. He criticized the President for failing to keep a campaign promise to enact comprehensive immigration changes.

He also said both parties need to take a different tack when talking about immigration.

“I urge that we tone down the rhetoric," he said. "My friends on the Left, many of whom are in this room, need to acknowledge that not all government action is anti-immigrant or anti Hispanic. My friends on the Right need to remind themselves that many undocumented immigrants come here simply to find a better life just like our ancestors. They contribute to our society and they are otherwise law-abiders.”

Gonzalez says pass comprehensive immigration reform should include a path to citizenship for illegal immigrants.

Many other Republicans say that amounts to amnesty. But Gonzalez said it wouldn’t be amnesty if immigrants were required to pay a penalty. Gonzalez said reform would also include an expanded federal foreign guest worker program, and ID cards for voting.

“We need to bring those who are here unlawfully out of the shadows," he said. "Those who qualify can remain in the U.S. under this temporary worker program. Congress will have to set priorities and determine what to do with certain categories such as the elderly who have been here a long time and or no longer able to provide for themselves.

The National Immigration Forum sponsored the event, which included panels on religion and economics.