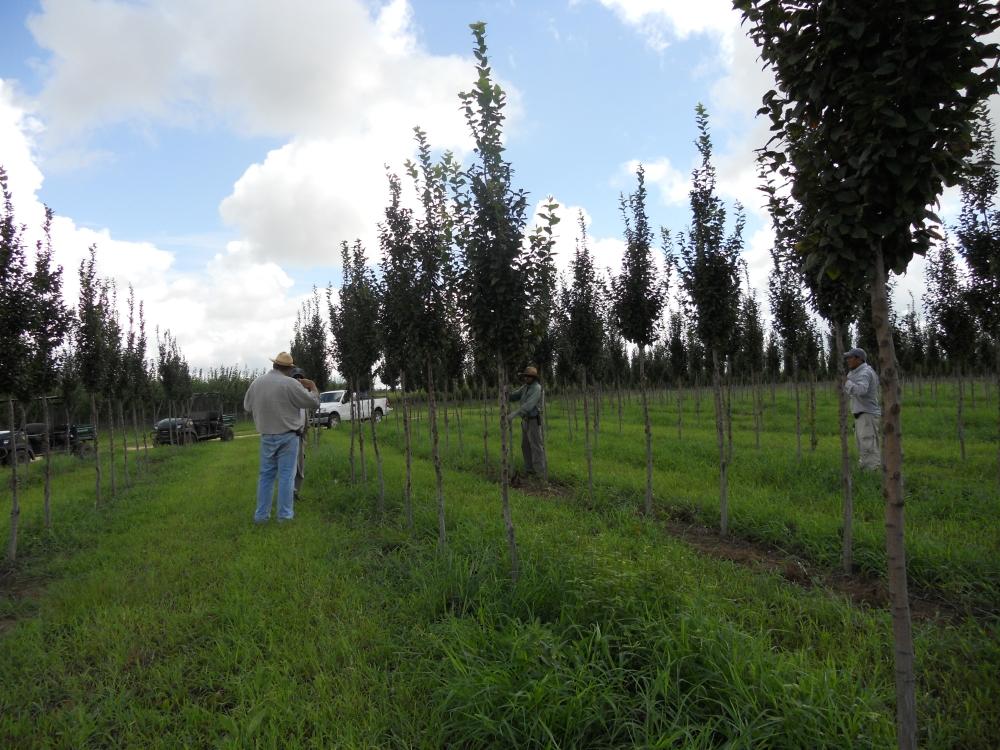 It’s been nearly a year since Georgia enacted one of the nation’s toughest immigration crackdowns. And it’s had an impact on some small businesses, especially in agriculture.

Georgia farmers in fact fought the immigration law from the start. They argued it would scare away migrant workers they needed to harvest crops.

Many workers – some illegal, some not – did in fact leave Georgia.

And so after last season, she bought a mechanical harvester, and dropped her crop’s organic designation.

“We are in the process of having to replant, as we can, machine-harvestable varieties,” Horner said in a phone interview. “So we’re keeping the farm, we’re going conventional and we’re just going to have to replant, what, 85 percent of the farm over the next few years.”

John Barbour has also had trouble finding reliable labor. The Hawkinsville tree farmer says some longtime Latino workers left abruptly last year after the law passed. And this year, he says, has been the toughest on record for hiring workers.

“There were four months where we didn’t have enough people,” he said in a phone interview. “We’ve never run into that before. We’ve always been able to find enough people.”

Those four months stretched over the peak period for harvesting and shipping trees at the farm, where Barbour employs about 20 people.

“It hurt us,” he said. “You know, we worked a lot more hours than we wanted to be working and there were some things that we just did not get done that we wanted to get done.”

A federal judge has blocked parts of the law, including a clause allowing police to check some criminal suspects’ immigration status. This month, the U.S. Supreme Court is expected to rule on a similar Arizona law. A federal court will then decide Georgia’s case.

But regardless of court action, many businesses are stuck with E-Verify. Under that provision, all Georgia companies employing 11 or more will have to check their workers’ immigration status by July of 2013.

Many companies have seen no impact from the law. The state’s large peach growers, for example, mainly use the federal H2A foreign guest worker program.

And some business owners applaud having fewer illegal residents here.

Terry Mathis owns Above Par Lawncare, a Dallas landscaping firm. He says he competes with illegal immigrants who charge less for the same services.

But he says many younger Americans are no longer used to doing manual labor outdoors in the summer heat.

“I’ve seen that mentality in the younger generation that things such as farming or landscaping or painting is almost like the Americans are too good to do that,” he said.

He says the law will lead Georgians to re-think career options and return to some fields where illegal labor has flourished.

Georgia farms will still need some foreign labor. That’s why Congressman Jack Kingston has drafted a bill that would make the federal guest worker program peach farmers use more accessible to smaller growers.

Under the bill, farmers could screen seasonal foreign workers for experience, and pay them less.