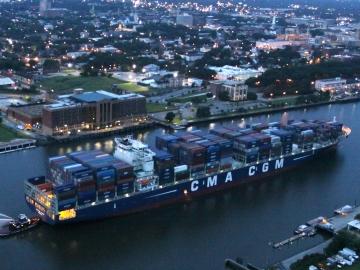 The Port of Savannah re-opened to ship traffic shortly before noon Monday after being closed since Saturday night because of high winds from former Tropical Storm Beryl.

A U.S. Coast Guard official says, the closure delayed two ships, one inbound and one outbound.

The outbound ship was traveling to the Port of Brunswick, which remains closed.

The inbound ship was expected to make it to port within a few hours.

The storm has become a depression with winds dying down.

Still, it is soaking parts of the Southeast and ruined holiday plans along the Georgia and Florida coasts.

Late Monday morning, sustained winds had died down to 35 mph.

Mostly, the storm is bringing much-needed rain to an area parched with drought.