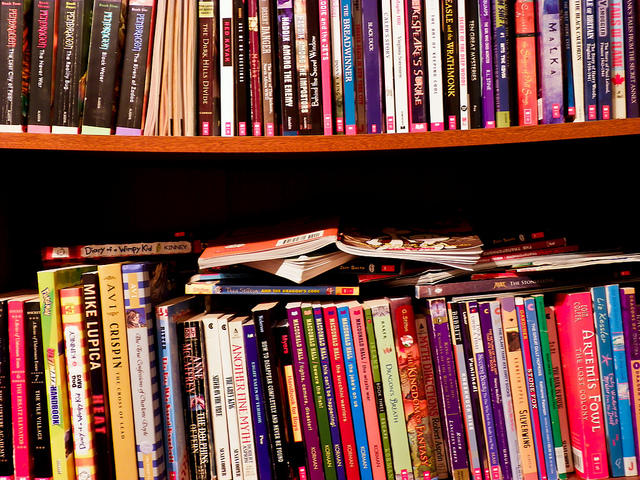 If you are looking to pick up the controversial “50 Shades Of Grey” trilogy by E. L. James at your local library, you may not find it on the shelves. Of the 51 public libraries that participate in Georgia’s online library service, only 6 have decided to make the books available.

Janet Florence, the public information officer for the DeKalb County library system says they are not carrying the books. The Dekalb County Library selection committee determined that the trilogy was of poor quality and had received several negative reviews. She says they only had two requests from patrons for the book, so the public demand wasn’t there. Florence says public libraries have limited funds to add to their collections, and DeKalb County didn’t feel this was a good use of those funds.

Susan Lemme is Head of Reference and book selector for the Washington Memorial Library Branch of the Middle Georgia Regional Library System. She says they did decide to purchase the Shades of Grey trilogy. She says the purchase was made in response to patron requests, its presence on the New York Times Bestseller list, and selection of the title by a local women’s book club for discussion (which generated more patron requests.)

The trilogy is about bondage, wild sex, and love between a literature student and a young entrepreneur.