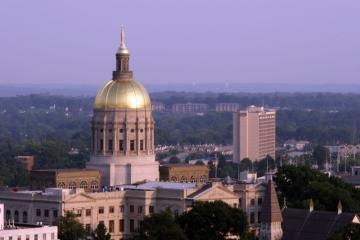 A leader of the Atlanta Tea Party has filed a new ethics complaint against state Sen. Don Balfour over reimbursements he claimed for government work.

Debbie Dooley, co-founder of the Atlanta Tea Party, filed the complaint Thursday with the Senate Ethics Committee. It offers additional details on similar allegations cited in another complaint earlier this year.

The complaint accuses Balfour of accepting reimbursements for conducting official state business on days when other records show he was out-of-state or far from the state Capitol with lobbyists. Balfour has refunded the state nearly $800 for some of the dates in question.

Balfour, who chairs the Senate Rules Committee, said he had not seen the complaint filed Thursday and could not comment on it.