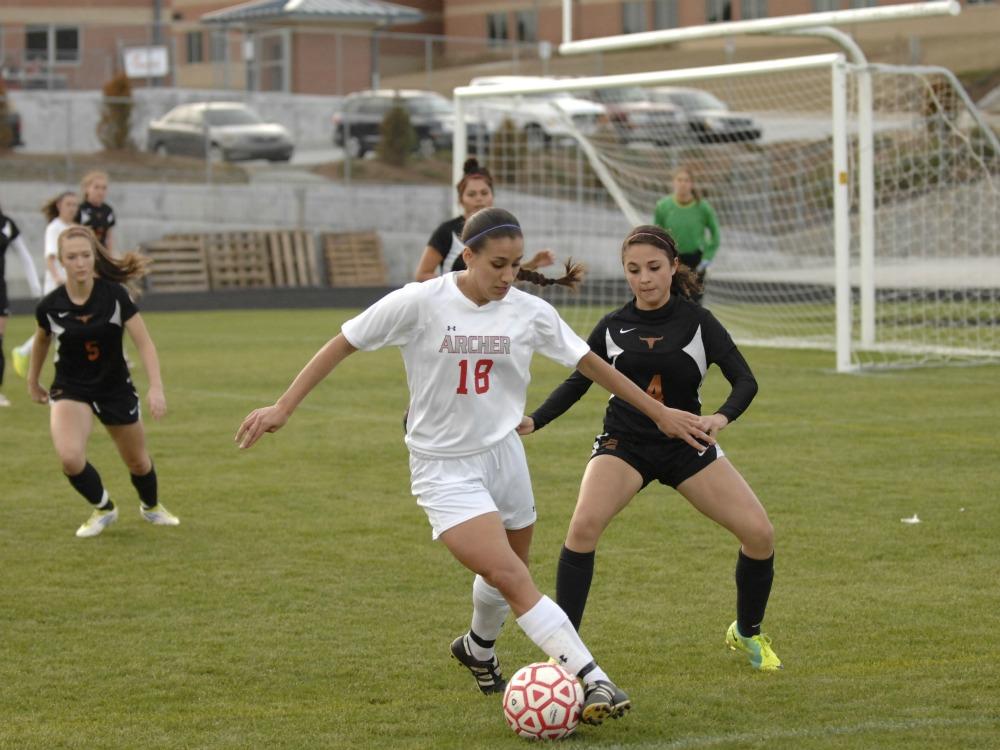 While Friday night featured the boys quarterfinals of the state soccer playoffs, Saturday was the girls’ day. See who won, how they won, and what players starred for teams in today’s action in our recaps.

Class AAAAA
Harrison 1, Mill Creek 0: The Hoyas took advantage of an early free kick as the Mill Creek keeper stopped Monica Herrera’s attempt, but Jessica Sperry buried the rebound. Allison Leone would make the lead stand for the host Hoyas as she stopped two shots, both coming off free kicks.

McIntosh 7, Heritage-Conyers 1: The host Lady Chiefs jumped out to a 3-0 half-time lead thanks to goals from Amanda Bartholomew, Jackie Gray and Cecily Hartman. Gabby Seiler added an assist and a pair of goals in the second half.

Union Grove 4, Richmond Hill 1: Union Grove scored three times in the game’s first 25 minutes and held Richmond Hill at arm’s length. Ashley Nagy had a goal and an assist for the visiting Wolverines. Sarah Goolsby scored the Wildcats’ only goal.

Westminster 2, North Oconee 0: The visiting Wildcats controlled possession throughout, as goalkeeper Wyn Ponder was never tested and finished without a save. Ellie Lee and Liza Linginfelter each had first-half goals for Westminster.

Class A
Fellowship Christian 7, Aquinas 0: The host Paladins jumped out to a 4-0 half-time lead, and goalkeeper Anna Sunderland kept a clean sheet with four saves. Emily Sonnett, Ashley Webb and Elizabeth Johnson scored for the Paladins.

First Presbyterian 3, Galloway 0: The Scots’ first quarterfinals berth came to an end in Macon as the host Vikings scored twice in the first half. Galloway goalie Aubrey Stone, a senior, played admirably with a whopping 23 saves.

Holy Innocents’ 2, Calvary Day 1: Grant Wilmer scored a pair of first-half goals with Julia Bird assisting on each as visiting Holy Innocents’ advanced to the semifinals. Wilmer notched her first goal 15 minutes into the first half.