Waste Tanks Sealing Ahead Of Schedule 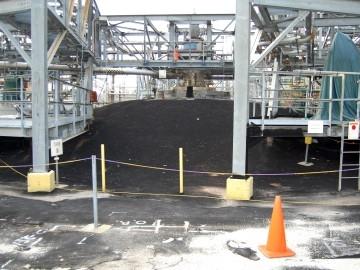 Officials at the Savannah River Site said they have poured more than 1 million gallons of grout into two underground radioactive waste tanks.

Authorities at the former nuclear weapons complex near Augusta said Wednesday that work to fill and seal the twin 1.3-million gallon tanks is now weeks ahead of schedule.

Work began on the tanks on April 2 and is expected to last through late summer.

One of the site's chief goals is to eliminate the danger from radioactive waste at the site that used to make nuclear bombs.