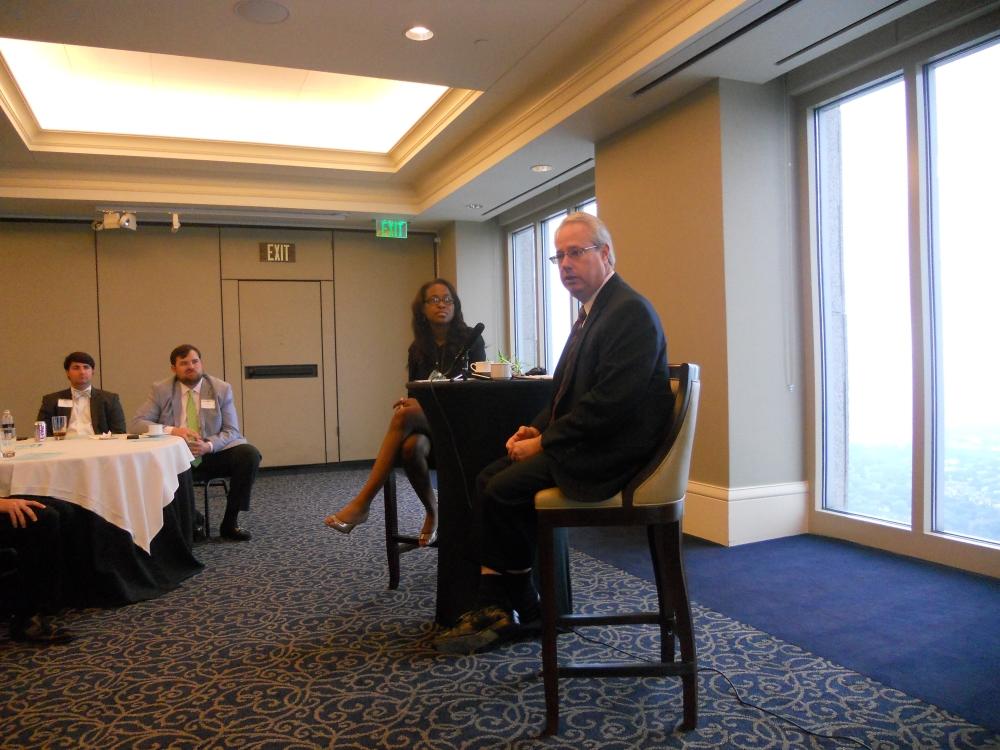 Questionable interpretations of the state’s open meetings and records law by public boards in Savannah and Macon helped inspire Georgia’s attorney general to push for the statute’s overhaul. Sam Olens told the Atlanta Press Club Tuesday he now has the power to take violators to court.

Under the new law, government boards have to hold all final votes in public. That means they can’t vote in closed-door executive sessions. The law will also increase the fines for violations. For example, agencies that don’t hand over public records could face fines of $1,000, rather than $100.

Olens said the Savannah City Council’s violation of the old law confirmed the need for an overhaul.

In 2011, the council had OK’d a $50,000 flood damage settlement with a city alderman in executive session.

“Here you had a $50,000 payment. You had no vote, you had an improper executive session. You had no policy that allowed any staff member or elected official to cut a check, but they did," Olens told a group of journalists, attorneys and others. "And it was totally kept from the public.”

William Perry, who heads Common Cause Georgia, a watchdog group, says the law's definition of an executive session should stop the loose use of those closed-door sessions by some boards.

“Executive sessions are very narrowly focused," he said after Olens' talk. "They have to be about personnel issues, pending contracts, possible litigation or pending litigation. And a lot of times local governments, not necessarily on purpose, step outside of that narrow scope and discuss other things that have no business being discussed or voted on in executive session.”

Perry says the new law allows the public to weigh in on contracts and other issues before a final vote.

“The public, I as Joe Citizen, can go and examine documents that a committee voted on and be able to state an educated opinion before a full council when they’re going to consider the document," he said. "Before, I would just have to just guess.”

He says that provision will be useful for city and county councils, including Atlanta's City Council, which recently approved billions of dollars in contracts at Hartsfield Jackson International Airport. Perry says the next time airport contracts come up for renewal, the public will have access to the documents as soon as a subcommittee votes on them.

Olens and his staff are talking to boards around the state about the new law. A member of his staff met last week with Bibb County school officials, following complaints that its board responds to records requests slowly.

Gov. Nathan Deal signed the bill into law last month. The law includes one notable exception: state legislators are exempt from its provisions. Olens said he wanted to clarify the old statute and stiffen penalties for the benefit of the public, and including a provision that would have extended the law to members of the General Assembly would have torpedoed its chances of passing.

Olens said the law will undoubtedly help the working press obtain documents, but he said the public is the main beneficiary.

"Good government requires that access to government records be unfettered," he said. "And I think that's the huge gain here -- it's for the public. Not for special interest groups."