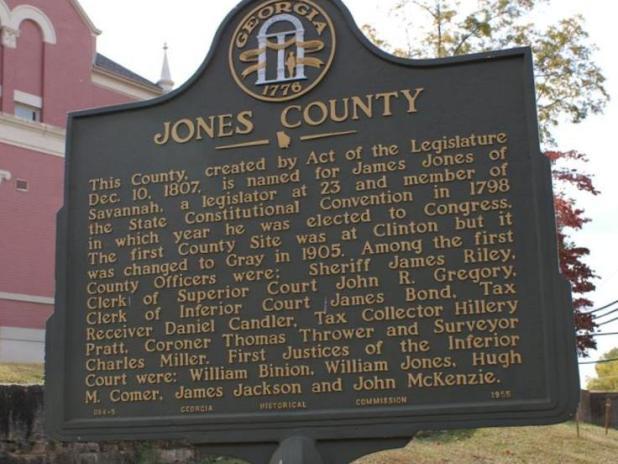 An Atlanta man and his small nonprofit are trying to save the state’s history for future generations by repairing some of Georgia’s oldest historical markers.

Some of the state’s oldest markers have been up for more than 50 years, and the poles they’re mounted on are showing wear. David Mitchell and his nonprofit M.H. Mitchell Inc. are replacing those old supporting structures with new aluminum poles.

The state Department of Natural Resources is providing the posts; Mitchell takes care of the rest.

“The state basically was just magnanimous and said, ‘we’ll give you the posts and just knock it out and notify us as you do them, which ones they were, the markings and so forth, and we’ll go from there,’” Mitchell said. “That’s exactly the kind of situation you want to have. It’s a win-win for everybody.”

So far, Mitchell, sometimes with the help of local volunteers, has fixed five markers: two in Hancock County, two in Atlanta and one last weekend near Rome. He’s planning to tackle another two in Jones County later this month.

“One that we did in Hancock County was on the side of a road, it had been hit. It was just in a bad way,” Mitchell said. “Now we’ve moved it a little further off the road to get it directly out of the highway and it’s now in a really good position. It looks much better.”

Mitchell said the markers preserve important moments in Georgia’s history and the new posts give them at least another 50 years of life. He said the repairs are a long-term project and he hopes to get to as many of the markers in need as possible.