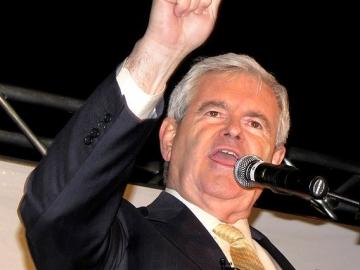 Former Congressman Newt Gingrich says he will suspend his campaign for the Republican presidential nomination. Georgia’s primary was one of only two he captured. And the state’s delegates may be pledged to the former U.S. House Speaker through the Republican National Convention in August.

If he doesn’t officially end his campaign, experts say those 52 delegates can’t vote for Romney at the convention.

Charles Bullock is a University of Georgia political science professor. He says Georgia’s support for Gingrich will weaken the state’s power at the Tampa convention.

“Probably because Georgia voted for Gingrich it probably means Georgia won’t get prime seating at the Republican National Convention so they may be sitting half a mile away from the dais, looking at it as though through their field glasses,” he said.

Experts say Gingrich may have financial reasons for suspending rather than shuttering his campaign. Bullock says he may also be bargaining for a role at the convention.

“What Newt may do is he may want to be nominated, because he can certainly do that," he said. "Maybe he negotiates to get a prime-time slot to give a talk so he can address the delegates.”

While the suspension keeps Georgia's delegates in limbo, it does mean the Georgia Republican Party can begin to plan campaign events for Romney.

“I think there are a lot of things we can move forward with now that we are very close to having a nominee," he said. "We sort of had to sit on the sidelines before and wait, and now we can really work with the candidate to unite our efforts.”