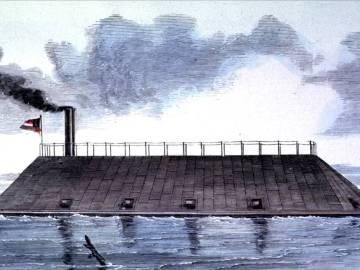 The US Army Corps of Engineers' final report on Savannah harbor deepening goes out for public comment Friday.

The massive document focuses on the proposal's environmental and economic issues.

But it also contains an item of interest to history buffs.

The Confederate ironclad CSS Georgia sank in the harbor in 1864 and lies in the way of proposed dredging.

The Corps plans to spend $14 million to conserve it.

Savannah archaeologist Rita Elliott says, the idea of raising the ship goes back about 25years.

"I think it'll be a relief when it happens and when it comes about because it has been ongoing for so long," Elliot says.

The Georgia now lies in pieces after about a century and a half of decay.

Raising it won't be easy.

"When you say 'raise the shipwreck' the public has an idea of pulling this pristine ship out of the water that's perfectly intact and that sort of thing," Elliot says. "And that's not going to happen because the CSS Georgia isn't in that kind of shape at the bottom."