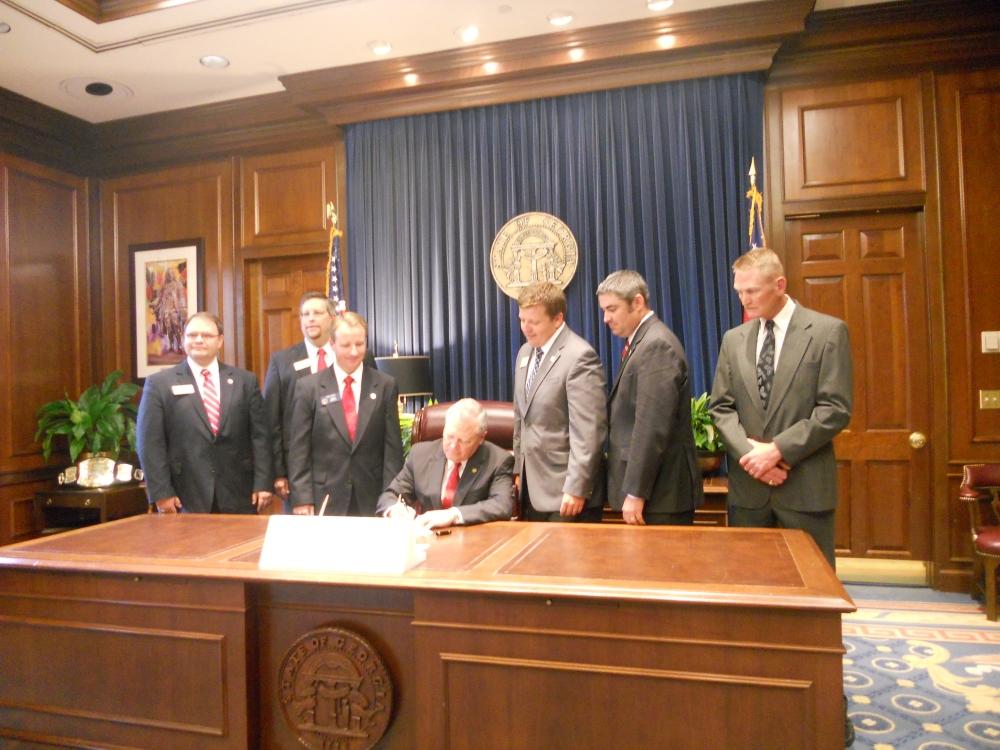 Gov. Nathan Deal signed into law Monday a bill requiring drug tests for applicants to the federal Temporary Assistance for Needy Families program, also known as welfare. Opponents plan to file a lawsuit blocking the measure soon after it goes into effect on July 1.

Welfare applicants will have to pass a drug test before they can receive benefits.

A Florida court blocked a similar law as unconstitutional because it violates people’s Fourth Amendment protection from unlawful search.

Backers say Georgia’s law has been vetted and it passes constitutional muster.

But Gerry Weber with the Southern Center for Human Rights says the two laws are nearly the same. And he says courts have ruled on their central point: suspicion-less drug testing.

“The Supreme Court said that there has to be a special need such as safety," he said in an interview. "Bus drivers, for example, can be subject to suspicion-less drug testing because of the safety needs of children. But just because you think a particular category of people is using drugs more than others isn’t a special need under the Constitution.”

Weber says the Florida court found there's no evidence that welfare recipients use illegal drugs at higher rates than the general population.

But Senator John Albers, a Roswell Republican who sponsored the bill, says that's not the point. He says welfare recipients should take drug tests just like many private sector workers.

“It’s not a case of whether we think someone on welfare would want to do drugs more than anyone else," he said after the Governor signed the bill. "The whole point of the legislation is saying that if you’re going to get a free entitlement or benefit from the government, you’re going to have to play by the same rules as everyone else.”

Albers also says there are a host of exemptions in the bill that take into consideration various situations. For example, people on welfare who live in nursing homes won't be subject to a drug test. The bill was also amended so that only one parent has to pass a drug test before a family can collect benefits.

Welfare applicants who pass the drug tests will receive a refund, Albers says. And those who fail the test will receive information about rehab facilities in Georgia.

"Our goal is to help people by giving them a hand up, not simply a handout," he said.

Weber of the Southern Center for Human Rights says he plans to file suit once the state establishes procedures and starts the tests.

The American Civil Liberties Union is leading the case against the Florida law. The ACLU's Jason Williamson says welfare enrollees are not the only people receiving taxpayer money money and yet Georgia, Florida and other states are targeting that specific group.

Other opponents say the law will mostly burden low-income women with no extra money and no easy way to reach drug testing sites.