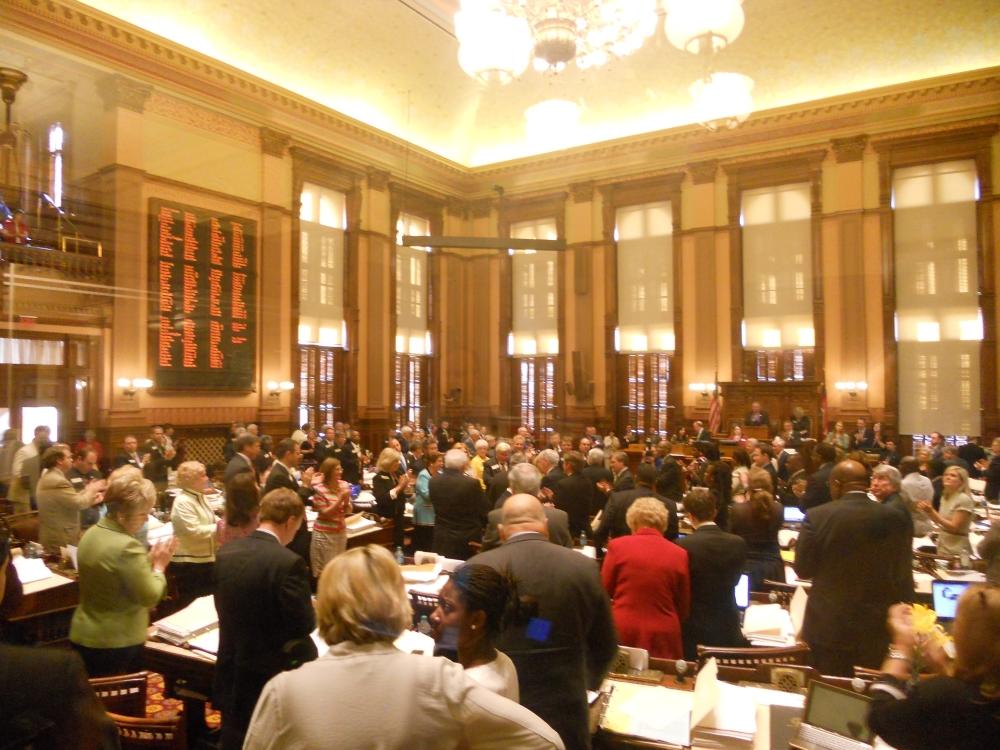 Among the bills in the latter category, Deal is expected to sign bills touching on sentencing reform and unemployment benefit cuts. He’s also signaled support for a measure that would change open meetings and records rules.

That bill would require government boards and commissions to hold all votes in public, rather than in closed-door executive sessions.

Clint Mueller with the Association, County Commissioners of Georgia says the bill is a thorough overhaul.

“We’re going to have to do a considerable amount of training so local governments will understand the new rules of when they have to release records and when they can withhold them, and also when they have to notify that they’re having a meeting under the open meetings act,” he said in an interview.

One key bill that will likely go into effect on July 1 will have a big impact on how Georgia deals with some crimes: the criminal justice bill. Deal proposed the legislation and is expected to sign it shortly.

It will create more courts that provide treatment instead of punishment for defendants with mental health issues and addictions. It will also reduce penalties for some crimes.

“We’re hoping that these new court systems that they’re establishing will help us get some of those types of offenders into treatment programs and take them out of our jails," he said. "So from that aspect, we’re hoping that that part of it will alleviate some of the crowding. But some of these other offenses that used to be felonies that are now misdemeanors, that may add to jail capacity.”

Gov. Deal's spokesman, Brian Robinson, said Deal has already signed a number of bills. His office is reviewing the rest of the bills, paying special attention to measures Deal didn't propose. He said the Governor needs to be sure there aren't any "unintended consequences" in the bills lawmakers passed.

Robinson declined to comment on hot-button issues such as the welfare drug-testing bill, which some say will be challenged as unconstitutional. If signed by the Governor, the bill would require welfare applicants to take a drug test before receiving benefits.