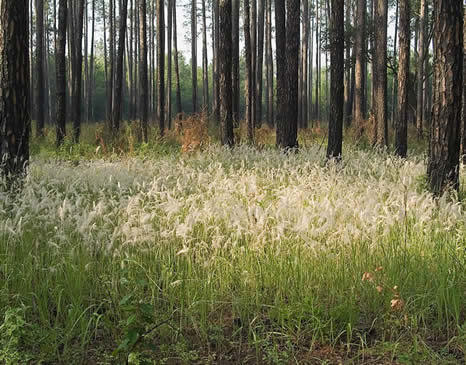 Georgia forestry officials are asking for the public’s help in getting rid of a dangerous weed. The United States Department of Agriculture calls Cogongrass the 7th worst weed in the world.

The deep rooted plant came to Alabama on a boat from Japan in the early 1900’s and it’s been spreading through the Southeast ever since. Some state’s have quit fighting it, but not Georgia.

Mark McClure with the Georgia Forestry Commission says it’s now in 51 Georgia counties. He says if people see it they can report it the state and they’ll come spray it with herbicide.

“Now Cogongrass is in the flowering stage, when it’s got this real light, white, fluffy seed head. As they see is out whether it’s on the right of ways, up and down the roadways or they actually find it on their property in the woods, just report it to the Georgia Forestry Commission if they see a spot.”