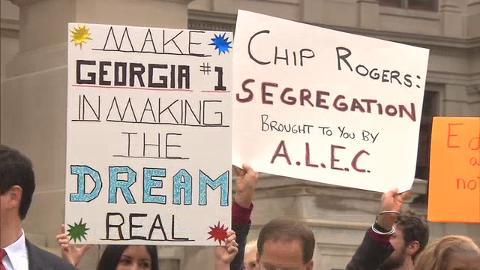 Both Georgia and Alabama's immigration reform laws have been challenged by immigrant rights groups and the federal government. The U.S. Circuit Court of appeals stuck down portions of Alabama's law including a measure making it a felony for an undocumented immigrant to do business with the state.

"The court of appeals is in agreement that states should not and cannot be meddling in federal immigration laws," says Kuck.

"The state legislature would be better focused in demanding that our federal legislators actually focus on real immigration reform," Kuck added.

Perhaps the most controversial part of the Alabama law, requiring law enforcement to check immigration status during routine traffic stops is still in effect. The Court of Appeals is waiting on the Supreme court to rule on the Arizona immigration case before making a decision on Georgia's law.