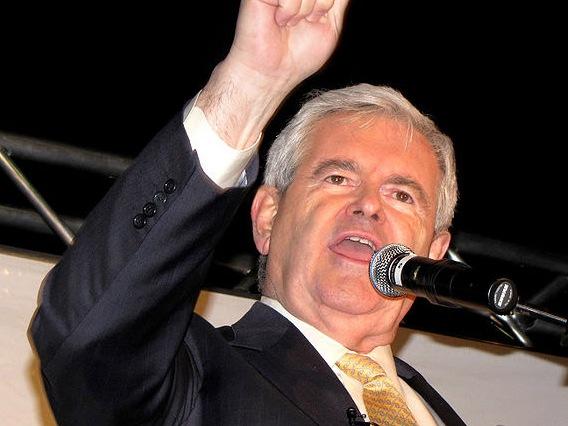 Newt Gingrich is holding a lead in Georgia as the state readies for Tuesday's presidential primary.

A new poll of likely GOP voters found that 38 percent plan to vote for Gingrich, who represented the state for more than two decades in Congress. Mitt Romney is favored by 24 percent, and Rick Santorum received 22 percent.

Just 3 percent said they plan to vote for Ron Paul, and another 12 percent were undecided.

The poll was conducted by Mason-Dixon Polling & Research Inc. of Washington, D.C. and paid for by 13 daily newspapers with readership across Georgia. Interviews were conducted with 625 registered Georgia voters who said they were likely to vote in the GOP primary.

The poll had a margin of error of plus or minus 4 percent.