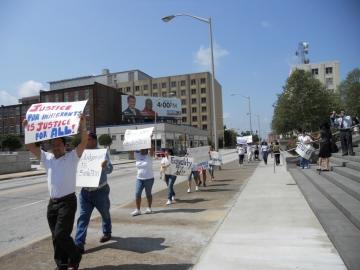 Students, educators and lawmakers plan to gather at the Georgia Capitol to protest legislative proposals that would ban illegal immigrant students from state colleges and universities.

The ACLU of Georgia, the Georgia Undocumented Youth Alliance and the Georgia Latino Alliance for Human Rights oppose Senate Bill 458. The bill would bar illegal immigrants from all state colleges, universities and technical schools and also makes tweaks to other state laws having to do with illegal immigration.

Supporters of the bill say it's necessary to preserve state-funded education for citizens and legal residents. Opponents say the bill unfairly denies motivated students the opportunity to further their education.

A university system policy already bars illegal immigrants from any state school that has rejected academically qualified students in the prior two years.