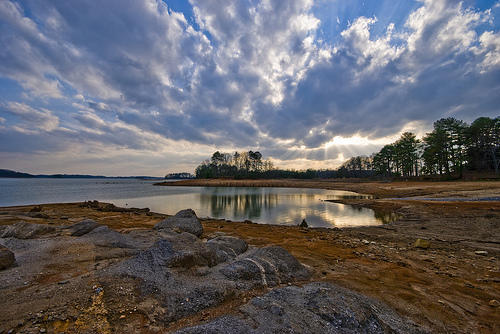 Alabama has appealed to the U.S. Supreme Court a ruling that supported metro Atlanta's right to take water from a disputed reservoir that serves as the main water source for roughly 3 million people.

Attorneys for Alabama asked the high court to resolve the long-running feud over water usage between Alabama, Florida and Georgia. Florida officials expect to file a similar request shortly.

At its heart, the cases focus on who should have access to water from Lake Lanier, northeast of Atlanta on the Chattahoochee River. Water from that river serves people, industry and ecosystems in the three feuding states.

In its filing, Alabama said an appeals court was wrong when it found a mid-century law permits Atlanta to tap Lake Lanier for drinking water.