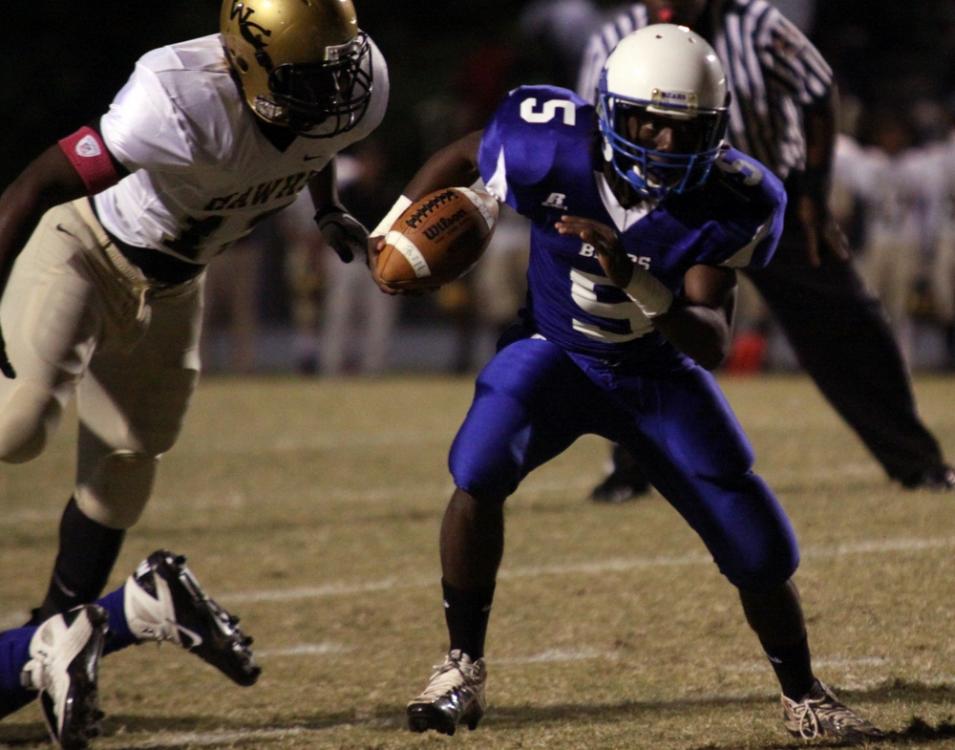 Burke County traveled to Gainesville and burst the Red Elephants’ bubble with a 63-28 romp in a Class AAA semifinal Friday night. Fresh of an upset of defending champion Sandy Creek, Gainesville was not ready for the Bears’ rushing attack.

Donquell Green and Corey Mayton each scored three times for Burke County, which rushed for a whopping 527 yards on 55 carries. Green finished with 189 rushing yards while Mayton totaled 121. The Bears carried a commanding 41-21 lead into the half-time locker room.

In defeat, Gainesville’s Deshaun Watson was brilliant. The sophomore quarterback was 30-for-52 with 312 passing yards, while also accounting for two rushing touchdowns and two passing touchdowns.

With the win, Burke County advanced to the state finals for the second time in school history and the first since 1997. It was the Bears’ first road playoff win since 1997.

Peach County 16, Cairo 7: The Trojans scored on a 2-yard run by quarterback Kentel Kendrick on fourth down with 3:52 left in the game to seal the Class AAA semifinals win over the visiting Syrupmakers.

In the first half, the Trojans opened the scoring in the first quarter when linebacker Ryan Bowman returned an interception 35 yards for a touchdown. The extra point was missed and Peach County led 6-0. Later in the half, kicker Alfredo Cervantes nailed a 47-yard field goal to give the Trojans a 9-0 lead they would carry into the halftime.

Hunter Knight opened up the scoring with a 15-yard fumble recovery, and Calhoun jumped out to a 37-7 half-time lead. Tydus Curtis and Darius Washington each added rushing touchdowns, and Adam Griffith hit a 33-yard field goal for the Yellow Jackets.

The host Raiders (14-0) started the game with an onside kick, and quarterback Johnathan Chamblee rushed 3 yards for a touchdown to end the drive. Nardo Govan put Savannah Christian ahead 21-0 with two rushing scores, and Chamblee finished the scoring with a quarterback sneak in the third quarter. Prince Avenue finishes the season at 13-1.