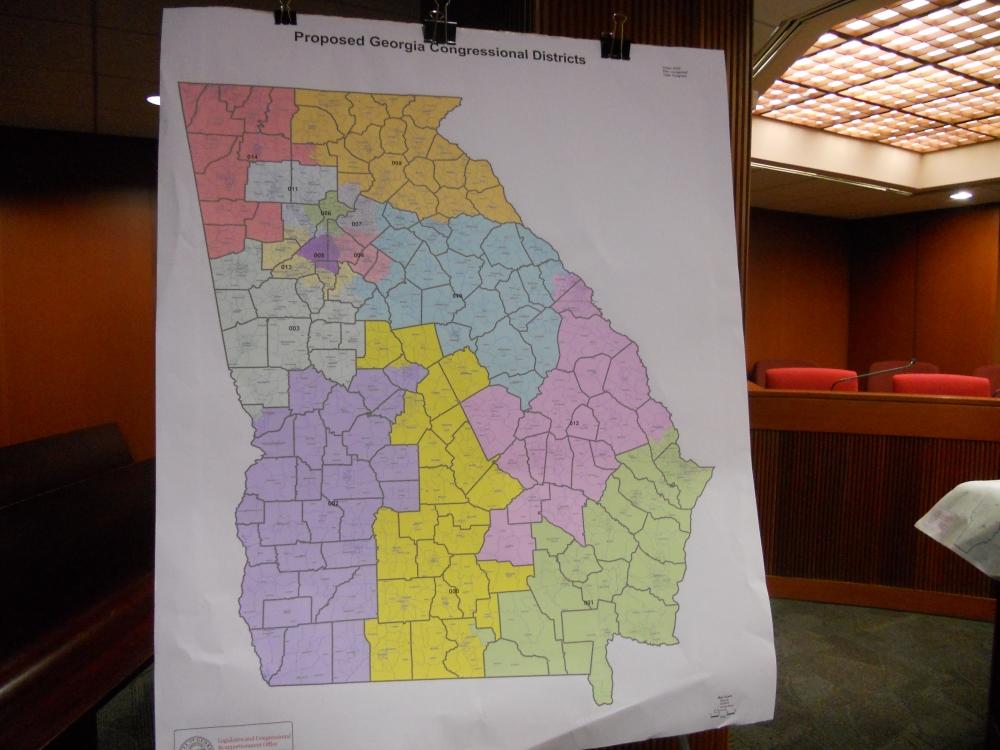 Georgians have until Dec. 23 to comment on new state and congressional district maps. The U.S. Department of Justice is in the midst of its 60 day-review of the maps. Voter advocate groups say this may be the last chance to comment before the maps go into effect for a decade.

But under the Voting Rights Act, the federal government must approve any changes to state election maps. That’s because Georgia has a history of disenfranchising minority voters.

Elizabeth Poythress, president of the League of Women Voters of Georgia, says the Justice Department is eager to receive citizen comment.

Poythress says this round of redistricting was different for several reasons.

“This is the first redistricting process that we’ve gone through that hasn’t been done by the Carl Vinson Institute, which was independent of politics,” she said. "And I think that's another reason citizens really need to look at the maps and see if they really go with what they think their communities look like."

The institute is based at the University of Georgia. Republican lawmakers in charge of redistricting say Carl Vinson employees were involved but it was cheaper to direct the effort from the state Capitol.

“The committee that decides state contracts decided in the long run we may save money bringing it in-house, having all the people in that office working for the legislature and when redistricting is all over, we can downsize somewhat and not be held to that long-term contract,” House Redistricting Committee Chairman Roger Lane, a Darien Republican, said in an interview earlier this year.

State Democrats say the maps dilute minority electoral strength. But Deal and other administration officials say the maps follow the law. Indeed the maps authored by the Republican majority increase the number of districts where minority voters are in the majority.

As part of a lawsuit seeking approval for the maps, the state has challenged part of the Voting Rights Act in a lawsuit. In an interview last month, state Attorney General, Sam Olens, said the part of the law that governs Georgia is outdated and no longer reflects the political and professional opportunities afforded to minorities living in Georgia now.

A spokeswoman for Olens said after the review period, the U.S. Department of Justice will approve or reject the maps, or ask for more time.

Georgians can comment on the maps by calling the Justice Department at 1-800-253-3931 or by sending an email to vot1973c@usdoj.gov and writing “Georgia Redistricting” in the subject field.