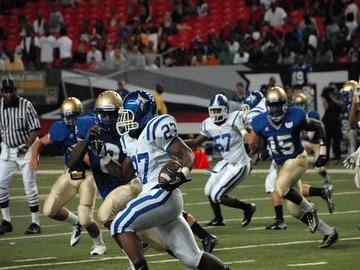 The GHSA executive committee met Monday to change the way Georgia high schools are grouped to play sports. Currently, there are five classifications, A through AAAAA. The number of students per school determines each school’s sports classification. The GHSA Monday moved to add a sixth classification because of the continued expansion of the population within the state of Georgia- especially in the metro Atlanta area. The AAAAAA classification will go into effect for the 2012 season. The schools will be placed in regions on December 6th but the final decisions on which schools will play where won’t be finalized until January of 2012.