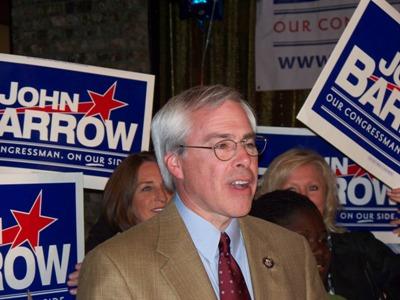 Congress is taking a recess this week, giving a vulnerable Georgia Democrat time to work his new district in eastern Georgia.

State Republican lawmakers re-drew Barrow's 12th Congressional District this year to carve out him out of his home base in Savannah and shift the population toward voters who lean GOP.

His recess schedule has him at meals with voters, football games and speaking engagements, some in areas he'll soon serve.

"I visited with the Columbia County Democrats Tuesday night, for example, at their regularly scheduled monthly meeting," Barrow says. "They're coming into the district."

He plans to be in Laurens County on Friday.

That's another area new to the 12th District.

Barrow says, he's not campaigning early, merely doing what he's done every recess since being elected in seven years ago: talking to voters.

"If you're serving a district like mine, on a regular basis you're going full-tilt all the time," Barrow says. "You haven't got time to campaign."