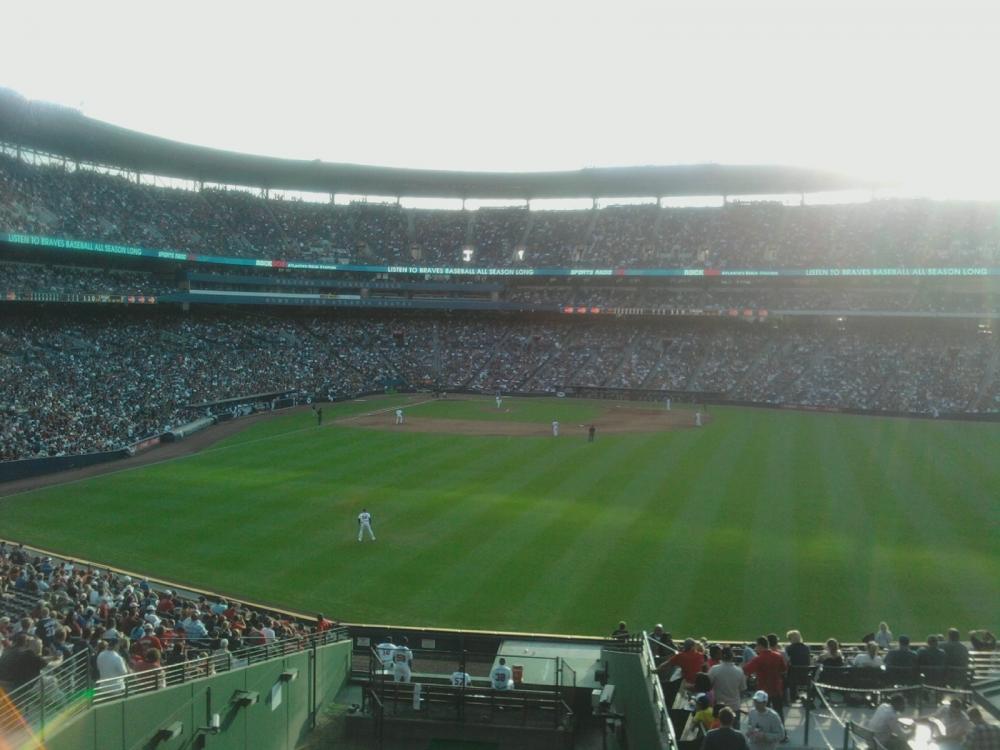 Just like that, the season is over for the Atlanta Braves.

Wednesday night, on the final day of baseball's regular season, the Braves lost 4-3 in 13 innings to the Philidelphia Phillies in Atlanta. That gave the St. Louis Cardinals the National League Wild Card playoff spot, as they scored a win over the Houston Astros.

The Braves were seemingly on cruise control to earn the Wild Card in early September. On Sept.5, they held an 8-and-a-half game lead. But Atlanta lost 20 of its final 30 games, including the final five straight to close the season. It represents the worst September collapse for a National League Wild Card leader.

On Wednesday night, the Braves led the Phillies 3-1 in the third inning after second baseman Dan Uggla's home run. The Phillies were within 3-2 into the 9th inning, but scored the tying run on Braves' closer Craig Kimbrel, who surrendered 3 walks and a hit. In the 13th, the Phillies tallied what would be the winning run, off a Hunter Pence bloop RBI single.

The Braves finished with an 89-73 record under first-year manager Fredi Gonzalez.