Weekend Preview - Around the State 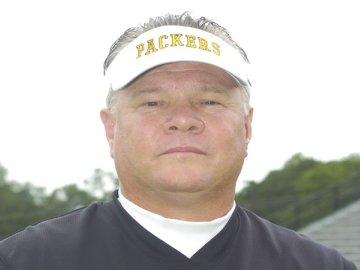 In an interesting South Georgia tilt tonight, Class AAAAA power Lowndes will host Class AAA No. 5 Burke County. The two squads played early last season when the Vikings romped 36-0. The Bears apparently learned a lot from the loss, as they rallied to run the table until a semifinal loss to Carrollton. Burke County QB Corey Mayton accounted for four TDs last weekend and will be crucial to the Bears’ chances of pulling the upset. Meanwhile, No. 10 Lowndes will look to get their powerful rushing attack going a week after grinding out 466 yards in a win over Lincoln (Fla.). … Warner Robins enjoyed a week off to prepare for No. 2 Colquitt County, which will travel to middle Georgia Friday night to take on the Demons. The two programs - as we learned in yesterday’s trivia question and answered today in the left panel - have split 10 all-time meetings. The Packers are the prohibitive favorite, but in games between two traditional programs such as these, anything can happen. The week off for Brian Way’s squad can only help Warner Robins’ cause. … Class AAA No. 9 Cairo hosts Class AAAA power Thomas County Central. In an odd trend, the road team has won the last eight meetings in this series and the Syrupmakers have not beaten the Yellow Jackets at home since 2001. “I hope the trend continues,” Central coach Bill Shaver told the Thomasville Times Enterprise. … An interesting game in north Georgia will take place in Cobb County as traditional power Dalton travels to face the young Allatoona Buccaneers. I say young because the Bucs program was started in 2008, yet Allatoona has already established itself as a Class AAA power. Last year, the Catamounts won 21-17 in Dalton and it should be another tight Region 7-AAA slugfest tonight.