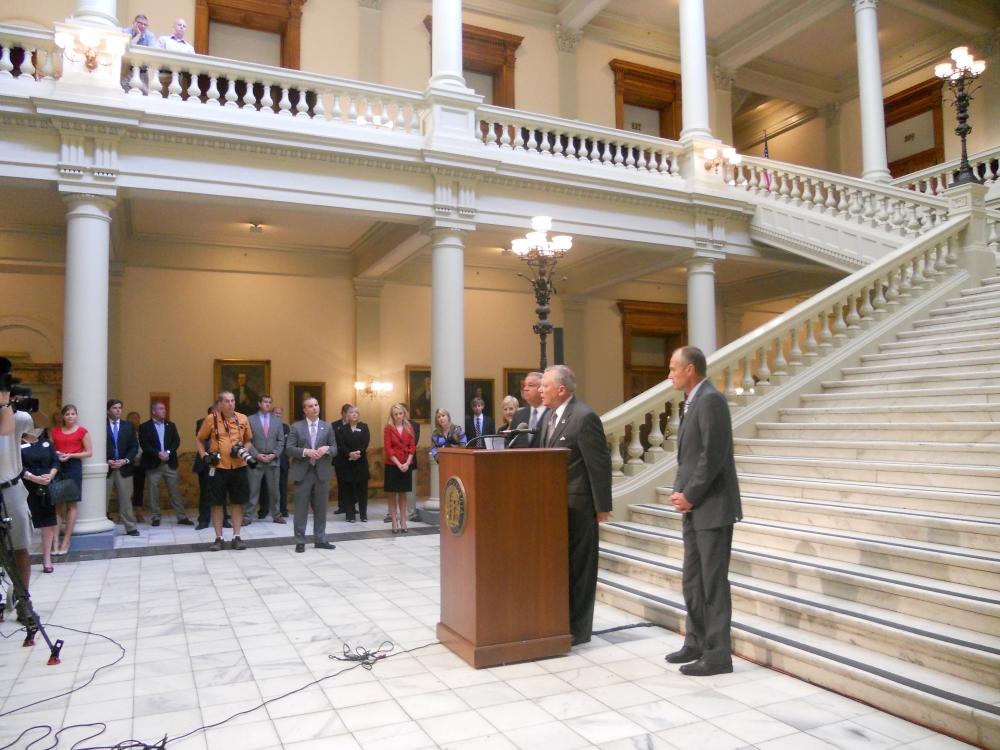 Gov. Nathan Deal officially issued the call for the special legislative session on redistricting Wednesday. And when legislators return to the state Capitol Monday, they will also tackle changing the date of a regional transportation tax vote.

There had been much speculation about whether Gov. Deal would ask legislators to address other issues in addition to redistricting during the session.

He says he wants lawmakers to move the date of the regional transportation tax vote from the primary to the November 2012 general election.

Deal’s announcement comes after some local and state officials openly worried that tying the vote to the July primary election could doom it.

The move has been hailed by Republicans and Democrats alike. Sen. Jason Carter, an Atlanta Democrat, said it's an issue he will be following closely during the session.

"The referendum is incredibly important, and having a little bit more time for all of us to get more educated about it would be a good thing," he said.

If approved, the penny sale tax would pay for regional transportation projects that improve connectivity.

Redistricting remains the session’s main focus. Every ten years, states use the latest census data to redraw the boundaries of legislative and congressional districts to reflect population shifts.

House Speaker David Ralston says the Republicans in charge of redistricting have taken the high road in what’s often a politically-charged task.

“The state of Georgia has never had a redistricting process as open, as transparent, or as fair as this process has been,” the Blue Ridge Republican told reporters.

The squabbling over district boundaries, however, has begun. Democrats are already accusing Republicans of trying to reduce the number of white Democratic lawmakers.

Under the federal Voting Rights Act, Georgia must preserve districts where minority voters hold a majority. And on Monday House Minority Leader, Rep. Stacey Abrams, an Atlanta Democrat, said Republicans are using the law as an excuse to combine the districts of some white Democrat lawmakers with those of minority lawmakers.

Abrams says the Republicans' their draft maps show more majority-minority districts. But she says the overall effect is that some white Democratic incumbents may lose their seats. That would end their representation of minority voters, who traditionally vote Democratic.

At the press conference, Ralston said he was "disappointed" by Abrams' comments, which he termed "harmful" to Georgians. He questioned whether the Minority Leader was suggesting Republicans should not follow the law.

In an interview on Tuesday, Rep. Roger Lane who chairs the House redistricting committee said Democrats are playing a game of cat-and-mouse.