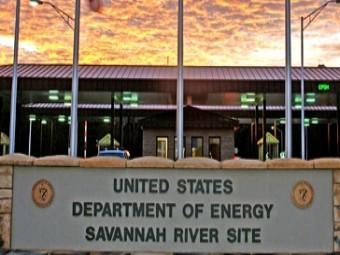 The thirty-six containers of spent fuel are from an experimental reactor built in California during the late 50s. The reactor, which was briefly used to supply power to a residential community, suffered a core meltdown in 1957 and was permanently shut down 7 years later.

Now officials with the Defense Nuclear Facilities Safety Board, say the fuel containers are dangerously corroded and could leak into their underwater storage facility.

SRS spokesman Jim Giusti says if that happened there are measures in place to protect workers and the public:

"We could vacuum up what ever sludge comes out of the can and run it through our filtration system to maintain the water quality to safely store the material."

The material was scheduled for disposal in the site’s H-Canyon reprocessing facility more than a decade ago but that never happened.

Giusti says it can be stored safely for years to come.

"We’re continuing to monitor the situation. But as long as we have H-Canyon in its modified operation status we could bring it back online to handle this if needed."

Budget cuts caused the U.S. Department of Energy to temporarily shut down the reprocessing facility.

Now the fate of tons of spent fuel stored at SRS remains in limbo while the U.S. Department of Energy reworks the nation’s nuclear waste policies.