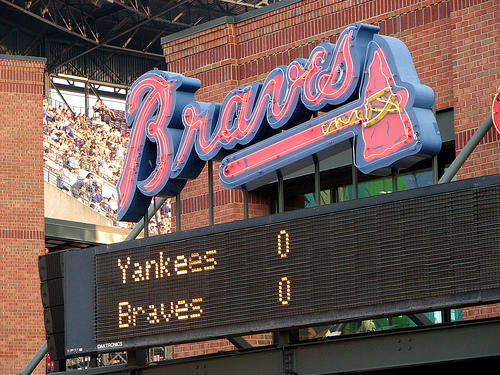 The Atlanta Braves are the third most popular baseball team in America.

Harris Polling reports that for the third year in a row the Braves trailed only the Yankees and Red Sox in fan support.

The Braves have been one of the most popular teams for over ten years, despite the fact that, according to Harris, baseball is less popular in the South.

The survey also found the team as the fourth most popular choice to win this year’s World Series.