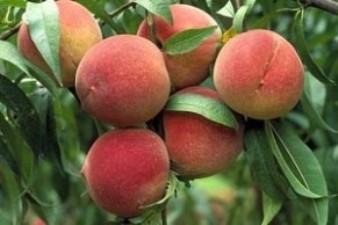 Some probationers don’t want farm jobs. That’s according to state Agriculture Commissioner Gary Black. It was only a week ago when Black said ex-cons could help ease a farm labor shortage.

Commissioner Black says only two dozen workers are participating in a program that matches probationers with farm jobs.

The state launched the program after thousands of farming positions went unfilled this spring.

Farmers said a new immigration law may have scared off migrant laborers, so the state stepped in to help.

But Black says the program’s early results indicate farm work is not for everyone. Indeed, some ex-cons are lasting only a few days, or a few hours on the farm.

“One of our producers in Moultrie had 15 workers Saturday morning," Black relayed in a phone interview. "He did lose one of those within the hour and the reason noted was just the difficulty of the work. He asked how many would like to be back on Monday. Eight indicated they would like to come back, and I think on Monday five actually showed up.”

Some farmers say they have lost hundreds of acres of crops because of the labor shortage. One farmer said in a Department of Agriculture survey that 150 acres of produce spoiled in the field before he could pick it because he didn't have enough workers.

That’s despite a state unemployment rate of nearly 10 percent.

Agriculture and labor experts say migrant workers have built up skills that are hard to replicate. Plus, the workers often move from place to place, harvesting crops as they ripen across the state.

That kind of schedule doesn’t appeal to a lot of native-born workers, says John McKissick, an agricultural economist at the University of Georgia. As a result, it may be difficult to find enough replacement farm workers among state probationers or the local populations in South Georgia.

“We’re talking about small geographic areas and the availability of workers for that short duration, for that specific kind of job, and then we’re also talking about that it really is just a part-time situation,” he said.

He said the probationer program is just one of many possible solutions to a larger problem.

“There’s not one silver bullet, there’s not one magic answer that’s going to cure the problems in meeting a shortage of ag labor, particularly not in the short-term,” he said this week.

McKissick said it will take all available options -- ex-con labor, tweaks to the foreign guest worker program, more coordination between state labor and agriculture officials, among other ideas -- to deal with the labor situation. And it remains to be seen what will happen in the fall when farmers begin a second harvest.

Portions of the new immigration law take effect July 1. Next year, it will force many farms and other businesses to conduct more thorough immigration checks on workers.