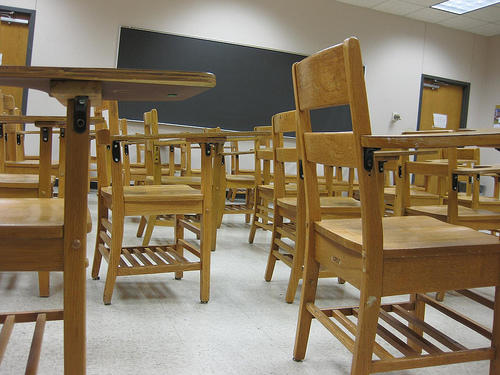 Districts with high suspension rates also tend to have low graduation rates. Rob Rhodes, the author of the report, says that while there’s no single key to raising graduation rates, focusing on reducing suspensions could help.

"At least one approach would be to look at this from the school climate standpoint, see can we make changes here that would reduce our out of school suspension rates and simultaneously keep the kids more involved, more engaged, result in improved academic performance," Rhodes says.

Nationally, Georgia had the tenth-highest suspension rate in 2006, the most recent year data was available. That year, South Carolina had the highest rate. Louisiana, Mississippi and Alabama all joined Georgia in the top ten.