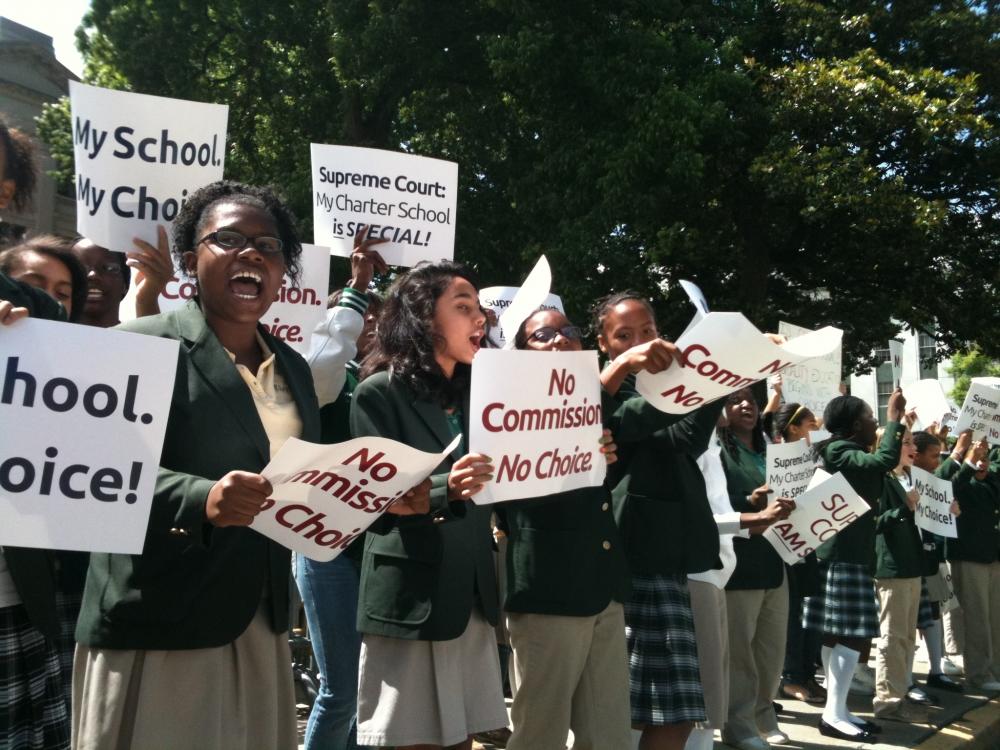 Hundreds of charter school teachers, students and supporters rallied on the steps of the Capitol today to protest the state Supreme Court’s rejection of the state’s power to open the schools.

"We are charter schools, couldn’t be prouder," students chanted. "If you can’t hear us, we’ll shout a little louder."

The students, who attend schools opened by the state Charter Schools Commission, called on legislators to find a way to keep their schools open. It’s still unclear what will happen to the 17 commission schools, which the state’s highest court declared illegal.

In the suit, seven school districts successfully argued that only local elected boards have the power to send local tax dollars to schools. But House Speaker Pro-Tem Jan Jones told the crowd that expanding charter schools is essential, even over local school boards’ objections.

"No school board owns the child or the money," Jones said.

Jones and Senate Majority Leader Chip Rogers pledged to lead an effort to amend the constitution and restore the state’s power to open schools. The Senate also created a committee to make sure that the students have seats in schools in the fall.