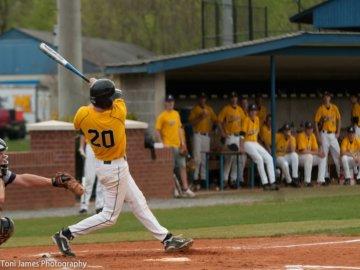 Many of the favorites in girls soccer advanced into the semifinals Friday night with dominant performances. However, the game of the evening may have been Athens Academy's 1-0 win over Holy Innocents'.

Also, several metro Atlanta baseball teams took part in the first round of the state playoffs Friday night. Recaps of select series are below.

Lassiter 1-3, Peachtree Ridge 0-4
In a Class AAAAA first-round baseball playoff, the Trojans and Lions split a pair of games at Lassiter. In the opener, Lassiter’s Parker Shank pitched a complete game shutout.
In game two, the Lions scored two runs in the fourth inning on RBI singles by Tripp Miller and Jared Walsh. Billy Best homered for the visitors. Colton Ramsey was the winning pitcher, while Preston Johnson came in to earn the save.

Class AAAAA
Alpharetta 3-6, South Gwinnett 2-4: Demitri Kourts pitched a complete game with seven strikeouts in the host Raiders' Game 1 victory. Alpharetta won Game 2 with two doubles from Kourts. Taylor Hall was the winning pitcher.
Brookwood 10-2, North Forsyth 2-6: In Game 1, Lucas Sims went 3-for-3 with four RBIs, including a two-run home run for the Broncos. Jacob Beauchamp pitched six innings to earn the win. Casey Hannah pitched a complete game in the second contest for the visiting Raiders.
Parkview 5-6, Centennial 1-5: The host Panthers’ Matt Olson had nine strikeouts and allowed one run, while Jack Esmonde added two RBIs in the first game. In the second game, Jesse Foster stuck out eight and Esmonde came on for the save.

Class AAA
Woodward Academy 14-17, Heritage-Catoosa 3-7: Morgan Bunting hit a home run in each game and finished the second game on the mound, pitching a scoreless inning. Kevin Cosper, Andrew Adams and Zack Blonder each homered for the host War Eagles.

Class AA
Blessed Trinity 7-6, North Oconee 5-1: Host Blessed Trinity won Game 1 in 10 innings with a two-run walk-off homer by Jeff Sidlovfky. They tied the game in the seventh with a single by Merrik Metcalf. The winning pitcher in Game 2 was Keenan Innis.

Holy Innocents’ 15-11, Landmark Christian 4-1: Wes Simons led the way for the visiting Bears by hitting a double, a home run, and three singles in the two-game sweep. Holy Innocents’ also got a home run from junior Skye Bolt. Ed Broyles and Will Small picked up the victories on the mound.

Wesleyan 15-11, Lincoln Co. 11-1: The visiting Wolves swept the first-round series from Lincoln County behind winning pitchers Jeremy Shirley and Jamie Stark. Shirley came on in relief in the opener and pitched five innings, giving up four earned runs. Will Anderson was 4-for-6 in the series with six RBIs.