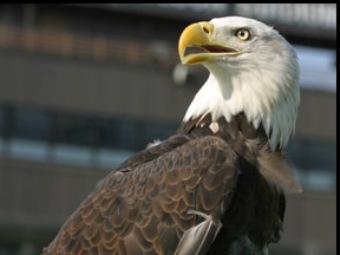 Bald Eagles are rebounding across most parts of Georgia. But, there are a few places where they’re dying. Scientists are racing to figure out why.

Officials with the Georgia Department of Natural Resources say eagles are now nesting in one of every three counties. Twenty years ago they were nearly extinct.

But in some places they’re dying, like Lake Thurmond near Augusta. The culprit may be toxic, invasive algae eaten by animals on which eagles prey. Scott Courdin works with eagles at Georgia Southern’s Center for Wildlife Education in Statesboro.

The disease, Avian Vacuolor Myelinopathy is neurological. It’s also been found in Juliette, West Point and small reservoirs near Atlanta.