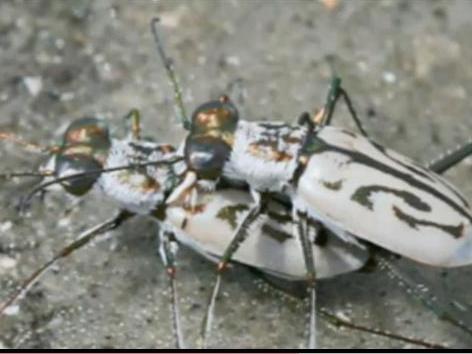 The beetles’ larvae move as fast as three meters per second, according to a Georgia Southern University professor and student researcher. It’s the fastest speed an insect has ever traveled on the ground.

Professor Alan Harvey said one of his graduate students first made the discovery during a trip to Cumberland Island. At the time, she didn’t realize the significance of what she was seeing.

“What would happen is [the students] were walking on the beach and they sort of kicked these strange, loose drifts and every so often a Tiger Beetle larva would sort of pop out and zip away from them or roll away,” Harvey said.

“I knew that was kind of strange, so we went back to make sure that’s what they were actually doing and collected a bunch of other data on it.”

Harvey and his team used slow-motion video to record the beetle larvae. Watch their video below.