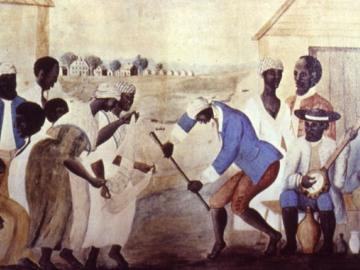 As anyone from Georgia knows, there isn't just one Georgia accent, there are many.

Now, researchers are taking all of those "Joh-juh" drawls and putting them online to understand better how the South is changing.

But let's face it. For much of the country, there's really only one way Georgians talk.

The television celebrity chef is known around the country for her "Hey y'all's" and "butter and oil."

She's the face of Georgia tourism and if you didn't know where she's from, then her accent gives it away.

Dean is from Albany in South Georgia.

And if you're an older resident of Savannah, where Deen lives now, you talk differently.

"My name is John Duncan and I have not lived in Savannah all my life," says Duncan. "I'm a twelfth generation Charlestonian."

Duncan moved from Charleston in 1965 to teach for what became Armstrong Atlantic State University.

"I spent many summers at Tugadoo, which was my grandmother's home," Duncan says, sounding a bit like someone in an old movie. "And I bogged for crabs and just soaked up that Low Country lifestyle."

Deen from the South and Duncan from the coast define two broad categories of Georgia accents, according to the man creating an online national map of accents.

Bill Kretzschmar teaches humanities at the University of Georgia and curates the Linguistic Atlas Project.

"What actually accounts for the creation of these regional speech ways is all the people talking to each other," Kretzschmar says.

The project tracks how language, grammar and words change over time and relates it to social change.

The idea is less 'My Fair Lady' ("The rain in Spain stays mainly in the plain") and more historical.

Kretzschmar says, there's no such thing as accents in decline, only accents that are changing more than others.

"Some people talk about endangered dialects like endangered species, but in fact every dialect is endangered all the time because it's going to change into something different," Kretzscmar says. "You can't study the language of the South, of Savannah or Charleston, or any other place without considering the cultural situation in those places."

Accents change when economies shift, as in, when the cotton and tobacoo industries declined.

The mountains are changing with the arrival of newcomers.

Researchers recorded a 61-year-old woman from Elijay in 1977.

"Every color, I just try to pick out real good colors, the colors of tulips," the woman says, sounding a bit like Dolly Parton, who is from the Tennessee mountains. "This is one of my favorites myself. I like it very much."

One 1973 recording of a man born in 1892 is an example from the broad Piedmont region.

"I started to work for Fayette County in 1924 for the salary of $1,800 a year," the man says, saying 'woik' for 'work' in a way that anyone who's spent a good amount of time in Middle Georgia would recognize. "Yessum, a year, not a month."

Savannah's accent is changing, too.

And that means the Low Country speech could become rarer than Duncan's antique prints.

In his library, he points out a drawing that depicts old Savannah.

"This is the hill view of Savannah, looking directly north. I bought it in New York," he says, pronouncing 'north' and 'York' in the characteristic manner of old Savannah and Charleston. "There are only three copies in Savannah."

Duncan says, he doesn't mind talking about his speech.

He says, he never really noticed it until he left the South.

"The first time I went to Manhattan, they called me 'Dixie,'" he says, laughing.

The Linguistic Atlas Project will have a clickable online map of accents from accross the nation up and running by year's end.