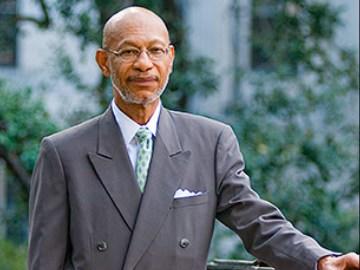 A bitterly divided Savannah City Council Thursday rejected two compromises that would have delayed hiring a permanent chief executive for the coastal city.

The city government is currently being run by an interim city manager and the search for a permanent chief has sparked what some here have described as Savannah's worst race relations since the 1960's.

Alderman Van Johnson says that the council is leaving the issue open and "shooting itself in the foot."

"We feel like Alice in Wonderland," Johnson said. "We went all around the world and we ended up right where we were when we woke up this morning."

Under Savannah's charter, the city manager is responsible for the day-to-day operations of city government, something that greatly effects both businesses and residents.

But the council appears intractably split over who should get the top job, which never has gone to an African-American in this majority-black city.

Savannah Mayor Otis Johnson made his position clear on Thursday.

"It was my hope that we would find a person who would continue the high level of professionalism that we had experienced [under previous city managers]," Johnson said. "My second hope as a culmination of that search is that we would break one of the racial barriers that exists in this community, which is to have a person that looks like me to be the city manager."

The only two candidates remaining are African-American, but neither could muster the support of a majority of the council on Thursday.

And Rochelle Small-Toney, Savannah's current interim city manager, faces her own complaints, as well as doubts by the council's white members that she is the best candidate for the job.

At Thursday's meeting, Alderman Larry Stuber offered a proposal to suspend the search for a permanent chief executive until after the elections this year in which the entire city council will face the voters.

But his compromise would have forced Small-Toney to step down in the meantime.

And that was a non-starter for the council's African-American members, who constitute a 5-4 majority.

"I don't want to make a compromise on the back of a person who has served us well," said Alderman Edna Jackson, referring to Small-Toney. "She has shown to us that she can run this city"

The Mayor's idea was to suspend the search but allow Small-Toney to remain in her post until a new council chooses what direction to go.

He said that it was "time to step back from our entrenched positions and move forward together."

"Yes, we have the votes," Johnson said, referring to the 5-4 black majority. "But why use it and keep this mess going on?"

But that compromise also failed 5-4, with black and white members on both sides.

Aldermen Van Johnson, Edna Jackson, Larry Stuber and the Mayor voted for it.

A final motion by Alderman Clifton Jones to hire Small-Toney immediately as the permanent city manager also failed for lack of a second.

The failure to move forward only angered Alicia Blakely, who was one of several residents to speak on the matter before council voted.

But most of the other council members did, including Stuber, who said that he would have liked to have known about the Mayor's feelings about an African-American candidate before the search started.

Mayor Johnson told reporters before the meeting that he had a "Plan B" in the event that his compromise failed.

But he refused to say what that was.