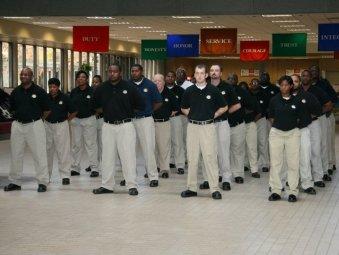 Officials at a juvenile detention center in Eastman called for help Sunday night. One officer at the 300 bed Campus was injured in a disturbance.When police arrived they found five juveniles in the yard who assaulted and injured a juvenile corrections officer with a broomstick. Captain Tony Wellborn with the Dodge County Sheriff’s office says their officers joined others on the scene.

“Those deputies along with Eastman Police officers took those into custody. Apparently two of the dormitories began to riot. Inmates would not return to their cells and they set small fires to bed linens and trash.”

Police from three other departments helped return about 60 juveniles to their cells. Less than a year ago a similar riot occurred at the facility.

In September the Department of Juvenile Justice convened a special task force to look into problems at the facility, which houses high security offenders. Under the DOJJ’s current budget proposal the Eastman facility would lose nearly 130 beds.