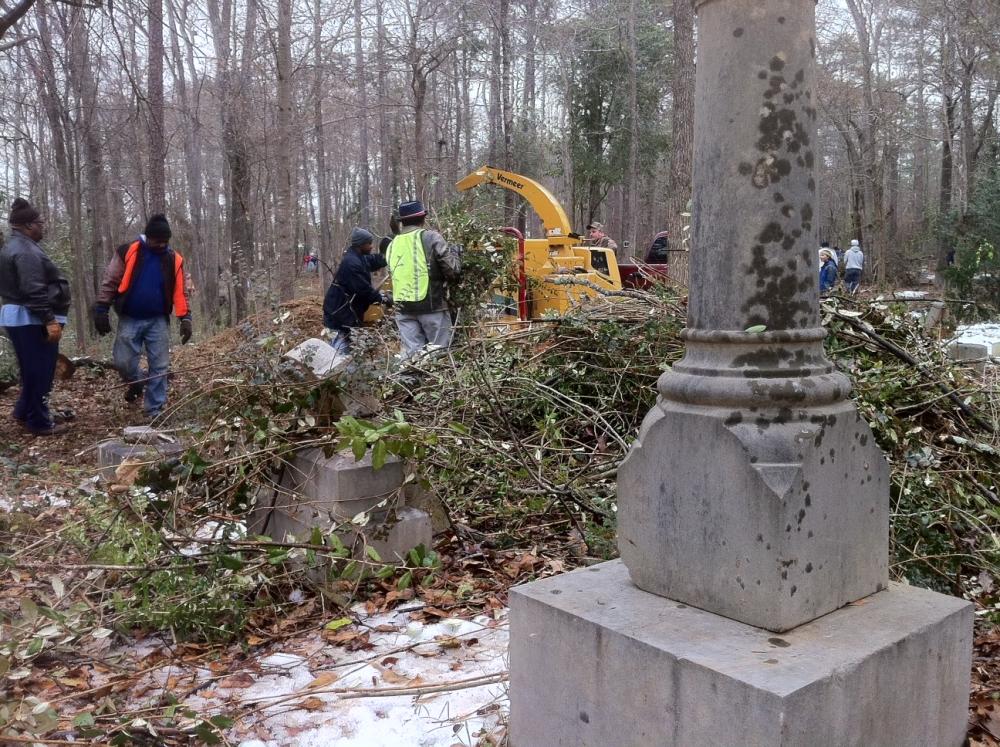 The Brooklyn Cemetery was established in the late 1800s as the final resting place for many working class African Americans who weren’t allowed to be buried in white cemeteries.

Over the years the site fell into disrepair with weeds and overgrown trees turning it into an eyesore.

As part of Athens’ Martin Luther King Day of Service about 200 people of all ages lent a hand at the cemetery cutting down dead trees, removing brush and turning the debris into mulch.

University of Georgia professor Marilee Dunn holds a pair of pruning shears as she rests from her work clearing dead branches off of graves.

She says honoring Dr. King with her time and effort is important to her personally but that she also wants to set an example.

"I have two teenage daughters and I want them to see service as something central to who they are."

In recent remarks President Obama stressed the importance of serving the community on King’s birthday especially in the wake of the tragic shooting in Arizona that left six people dead and 13 injured.