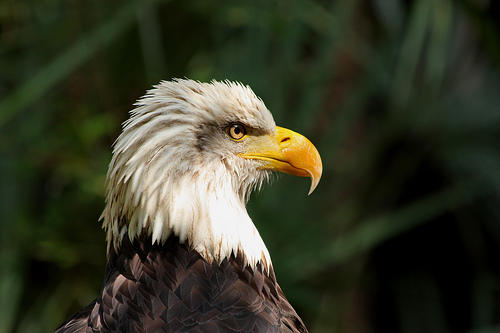 Scientists with the Army Corps of Engineers are blaming bald eagle deaths around Lake Thurmond on a species of algae growing on water plants called hydrilla.

Brain lesions impair the bird’s ability to move and eventually kill them. Bald eagles then feed on the coots and get sick too.

Army Corps biologist Ken Boyd says 5 dead eagles have been found at the lake since the start of AVM season in October.

He says a recent survey showed an abundance of hydrilla, coots and eagles which could mean more AVM deaths to come.

"We found 12 eagles on the routes that we ran so the combinations are there."

Susan Wilde is researching the disease at the University of Georgia. She says one of the only ways to get rid of AVM is to get rid of the hydrilla using a species of fish called grass carp. But she says that could pose a problem in itself.

"Grass carp have kind of a bad reputation of taking out not just the plants that you wanted them to get rid of but everything that’s in there."

Wilde says Lake Thurmond is one of the only sites in the Southeast where the deadly algae grow on hydrilla.

Fifty nine dead eagles have been found at Lake Thurmond since 1998 when the first case of AVM was reported.