Education Year In Review: Did We Learn Anything in 2010? 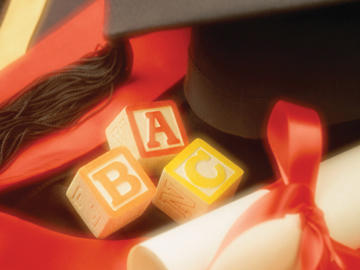 NPR education reporters Larry Abramson and Claudio Sanchez discuss the past year in education — and what's to come in 2011. Among stories to look out for in the new year are the political repercussions from failure to pass the DREAM act, the slow start for Race to the Top (President Obama's version of No Child Left Behind), funding cuts in local school districts, the impact of rising poverty rates on education and the continuing battles over teacher performance.  (Listen to the interview.)

President BARACK OBAMA: It's vital for us to make investments in education and research and development, all those things that create an innovative economy.

HANSEN: The president made that point several times during the news conference. And it's sure to come up frequently, as the Obama administration negotiates with a newly invigorated Republican Party in the new year. Here to discuss the nation's education agenda are NPR correspondents Larry Abramson. Welcome, Larry.

HANSEN: And Claudio Sanchez, nice to see you, too.

HANSEN: I want to start with you, Claudio. Budget cuts, school reform dominated the education headlines in 2010. Outline briefly what were some of the main issues, and which ones will have ripple effects in 2011?

SANCHEZ: First, let's start with Congress and what it failed to do these past few days. It failed to pass the DREAM Act, leaving Latinos in particular really angry at top GOP lawmakers who blocked the Senate from even voting on the measure. Political repercussions are likely, especially in states with big Latino populations. And President Obama calls it his biggest disappointment. To remember, the Development, Relief and Education for Alien Minors Act would have created a pathway to citizenship for students who were brought into the U.S. illegally. Right now, some of these kids are being deported even though they're doing really, really well in high school. The DREAM Act required that these kids attend college or sign up for military service in exchange for legal status. And, of course, who knows what's going to happen next. Race to the Top, of course, was also big news. It's now kind of sputtering, in my view. It was about $4.3 billion in stimulus funds that have gone only to 11 states and the District of Columbia. The Obama administration had states compete for the money, which came with lots of strings attached, namely that states embark on specific reforms like merit pay, shutting down the worst schools, developing better, more transparent data with which to measure schools. And now, with the Congress intent on freezing federal spending, including education, the administration no longer has that carrot at the end of the school reform stick in 2011. So that's going to be important to watch, as well. And, of course, states are looking at deeper cuts in school funding. And finally, a handful of reports are out that are kind of scary. They warn that the poverty rates among children and families are on the rise and the numbers are off the charts. The Southern Education Foundation, for example, says that over two million Americans now face acute hunger, homelessness and medical problems. And all of this, of course, has horrible implications for school-aged children and how schools deal with them.

HANSEN: Is there an issue or event that might make news early in 2011?

SANCHEZ: Well, one big task for the Obama administration's Secretary Arne Duncan will be to reconcile with teachers' unions, because there is so much at stake on teacher training, on collectively bargaining. And so they've got a mid-January conference or symposium scheduled to try and make friends again, because teachers feel like they're being scapegoated.