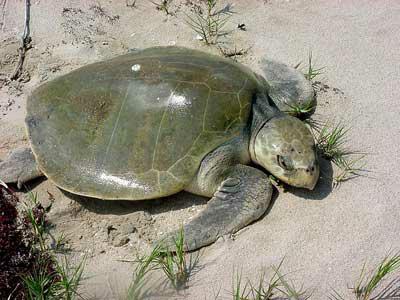 Endangered turtles on the Georgia coast had a successful nesting season from May to October. With over 1700 nests reported, the loggerhead turtles may be making a comeback. Last year there were less than 1600 nests reported.

Mark Dodd with the Department of Natural Resources says there were several factors that made this season successful.

“In addition to having a large number of nests, the other thing that made it such a great nesting season was the lack of tropical storm systems. One of the environmental factors that reduce hatchling success is tropical storm activity. Water will wash over the nest and the embryo won’t develop then we get a lot of mortality.”

A light ordinance in populated areas along the coast helped as well. Hotels, beach front homes and businesses facing areas where turtles nested were required to use special lights with short wave lengths during nesting months. This decreased the chance of the turtles becoming disoriented.

Dodd said there was a statewide hatchling success rate of 68%.