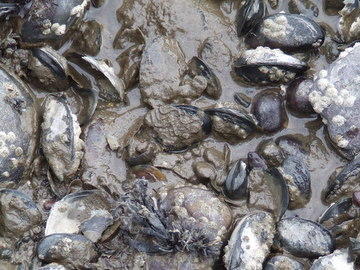 Federal fish and wildlife officials have added three species of mussels to the endangered list, two of which are found in Georgia waters.

The Georgia pigtoe mussel, interrupted rocksnail, and rough hornsnail now have protection for critical habitat. All three are found in a section of the Coosa River system, flowing through parts of Georgia, Alabama, and Tennessee.

Jason Wisniewski is an aquatic zoologist with Georgia’s Department of Natural Resources. He says the pigtoe mussel is one of the rarest mussels in Georgia, found commonly in the Conasauga River in northwest Georgia. The rocksnail has been found upstream of Rome and also very rare in Georgia.

Wisniewski says in the big picture, historically about 120 mussel species have been identified in Georgia. Of that, about 70 percent of that population is considered “critically imperiled”.

“That means in the foreseeable future, probably in the next 30 to 50 years, 70 percent of them have the potential of being extricated from Georgia or becoming extinct.”

Wisniewski says these sensitive mussel species are threatened by chemicals in the Conasauga River. Also, he says development is a growing problem.

Mussels are seen as essential indicators of water quality. They also serve as a food source for wildlife.