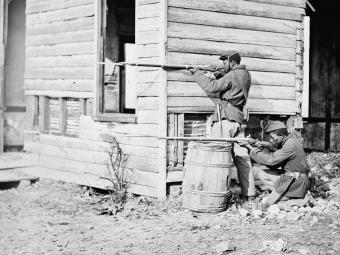 A marker now commemorates the only site in Georgia where African-American soldiers fought during the Civil War.

Southern troops executed many of them, and re-enslaved others.

"So it’s not a pretty thing but war is not pretty. And it’s still a part of our history regardless of how it reads.”

Georgia is working hard at telling its Civil War stories in an effort to attract tourism as the war’s 150th anniversary approaches.

Hermina Glass-Avery with the Center for the Study for the Civil War era at Kennesaw State University says abolishing slavery and allowing blacks to fight planted the seeds of the Civil Rights movement, and race relations today: